Integrabuild has successfully completed a wide variety of significant projects across Queensland.

Here is a sample of our work, please scroll down to find out more about each Project.

It was a challenging task given the dynamics of the hilly terrain on Hamilton Island.

A team of eight tradesman and labourers were assigned to the task, consisting of leading hand carpenters, trade assistants and machine operators.

Extensive research and meticulous planning was given to this job to ensure minimum disruption and safety while works were in progress.

Being an island, all materials needed to be barged across then taken to site by hand. As you can see from the photos the rock retaining wall alone was a massive task as each and every rock had to be carted and placed by hand.

The school and kids were thrilled with the result and kindly threw a morning tea party for the Integrabuild team to thank them for all their hard work in creating a lovely, safe new playground. 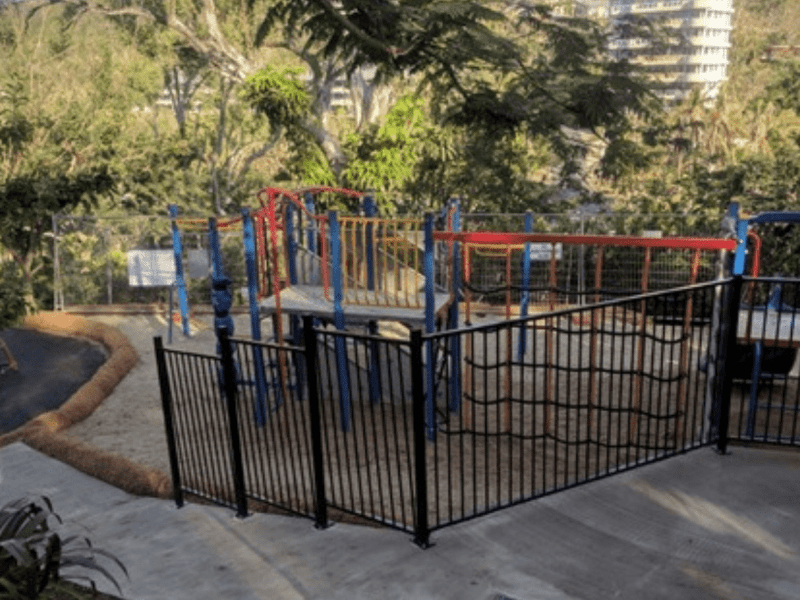 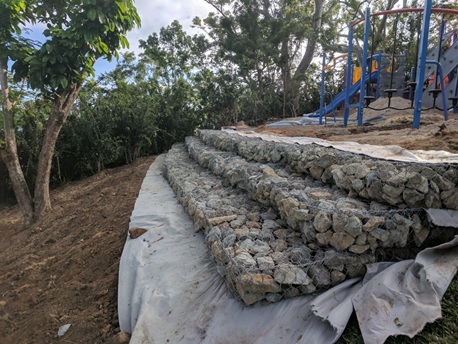 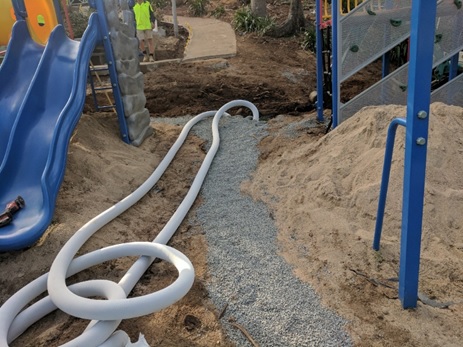 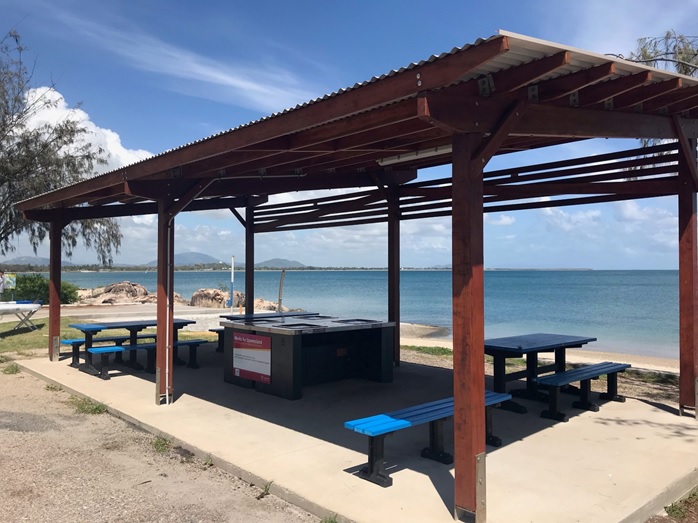 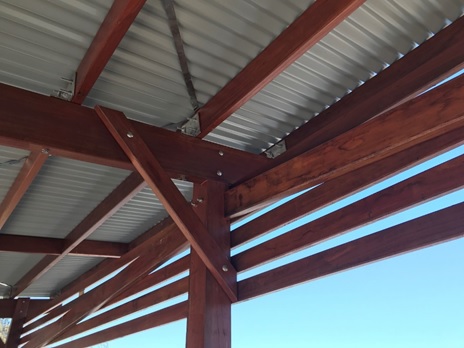 Whitsunday Regional Council engaged Integrabuild to construct two BBQ areas; one located next to the boat ramp at Gray’s Bay and the other at Muller’s Lagoon.

A team of three tradesman and five labourers were assigned the task and the result is a fabulous new area for people to enjoy a BBQ or simply sit in the shade and take in the stunning view at one of Bowen most pristine locations, the beautiful Gray’s Bay. 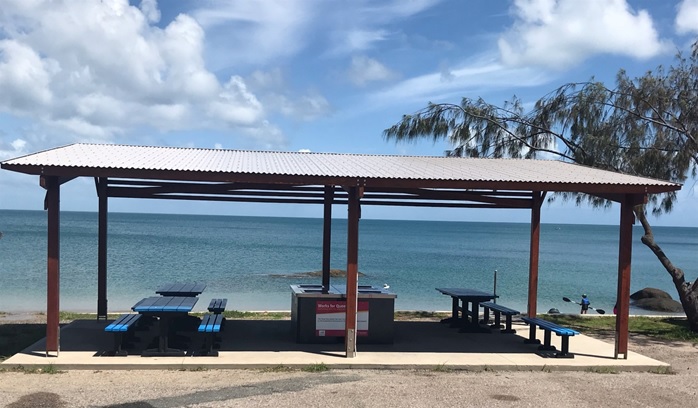 These Villas are ideal for executive corporate housing or for those who want a modern luxury family home in Bowen.

Amazingly innovative & remarkably contemporary these two storey residences have spared no expense & offer a new level of accommodation in the area.

Bonniedon Villas are located in one of the most sought after locations close to CBD & 600 metres from the beach.

Currently comprising two Villas, the second stage is due for construction by Integrabuild this year. 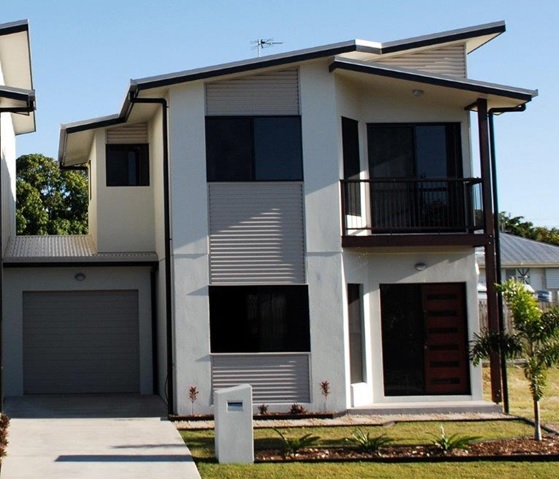 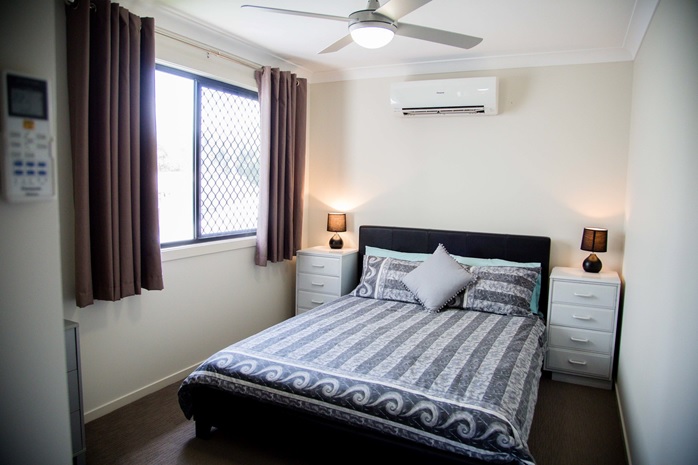 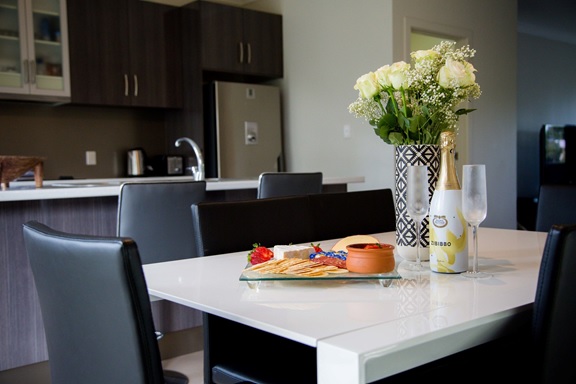 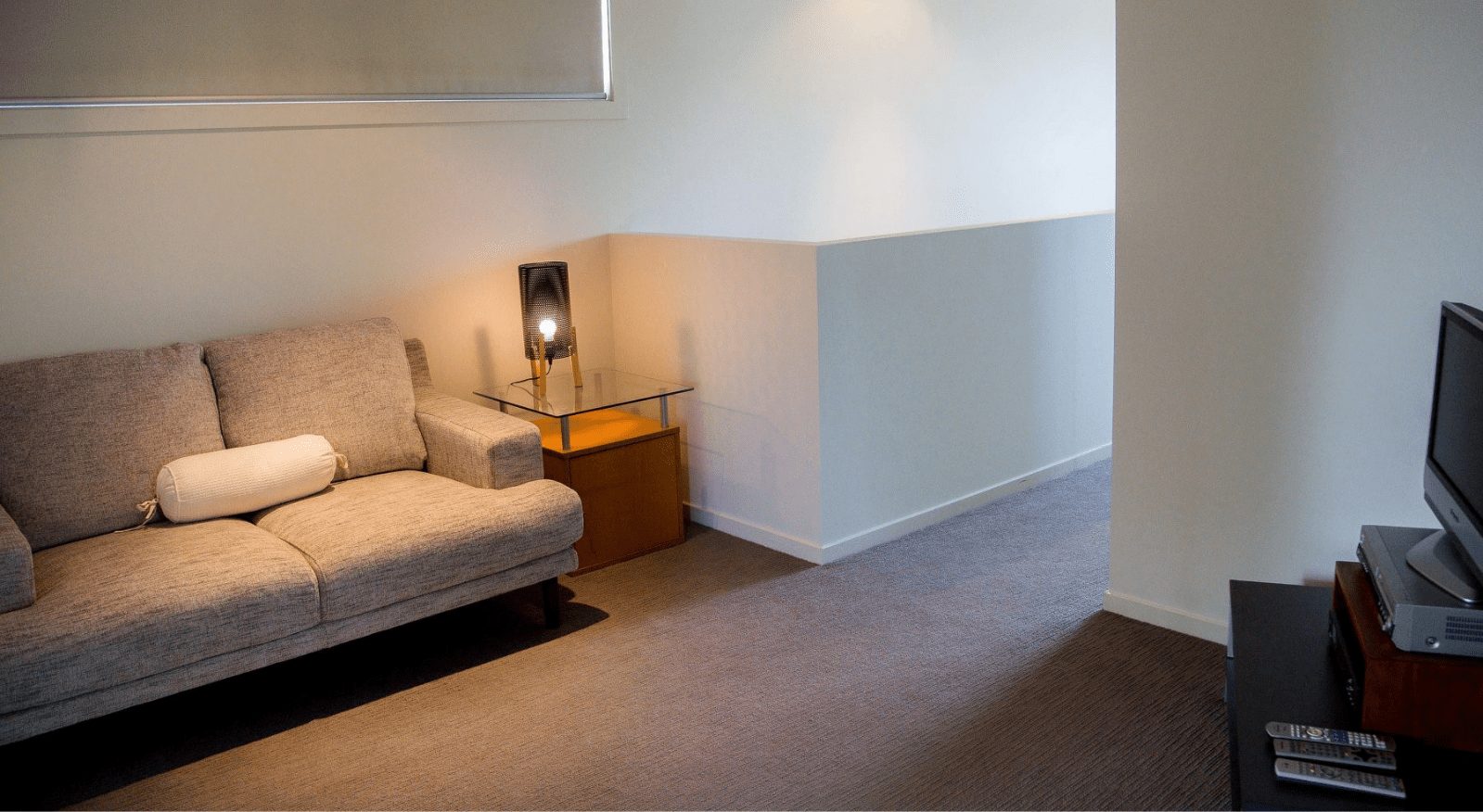 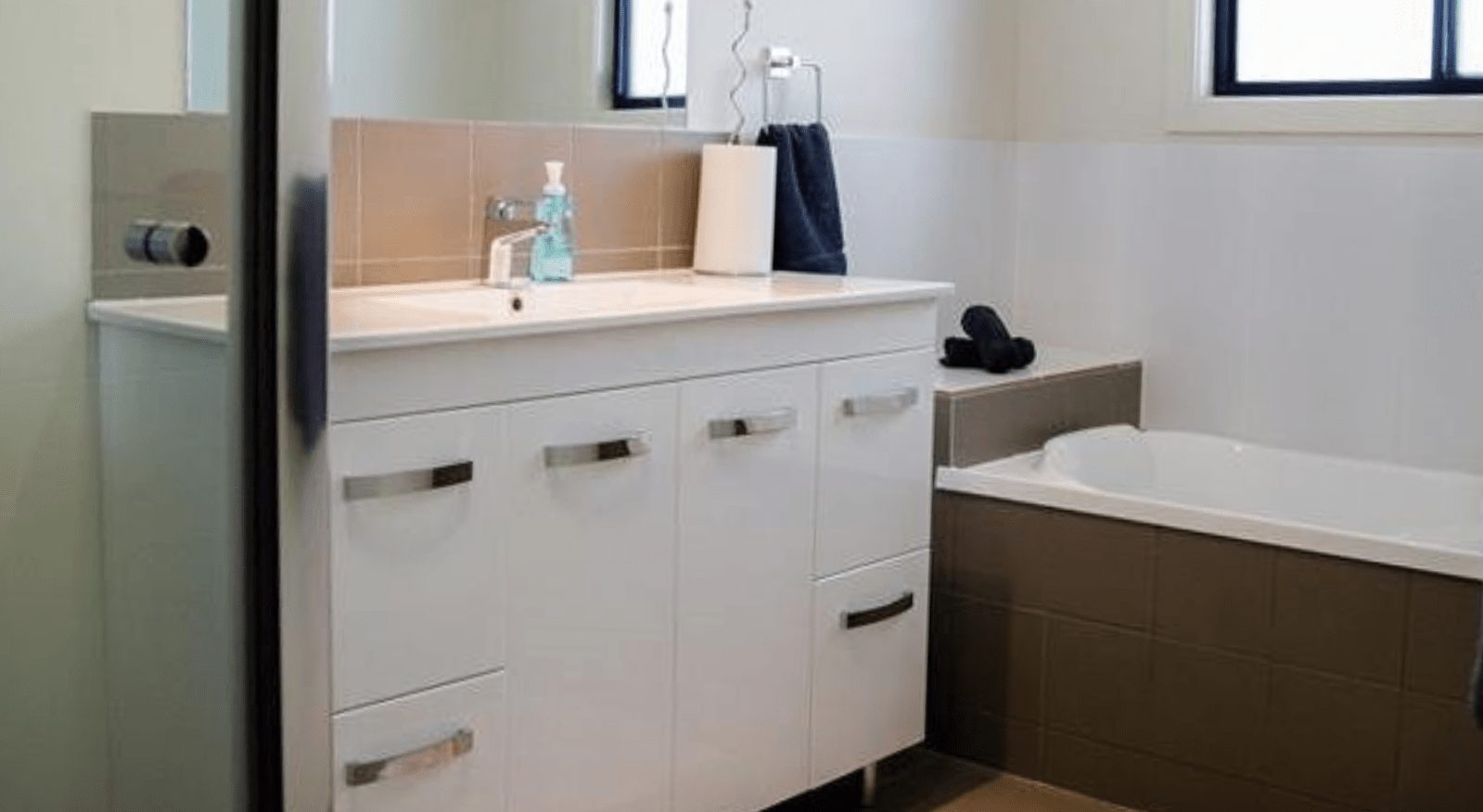 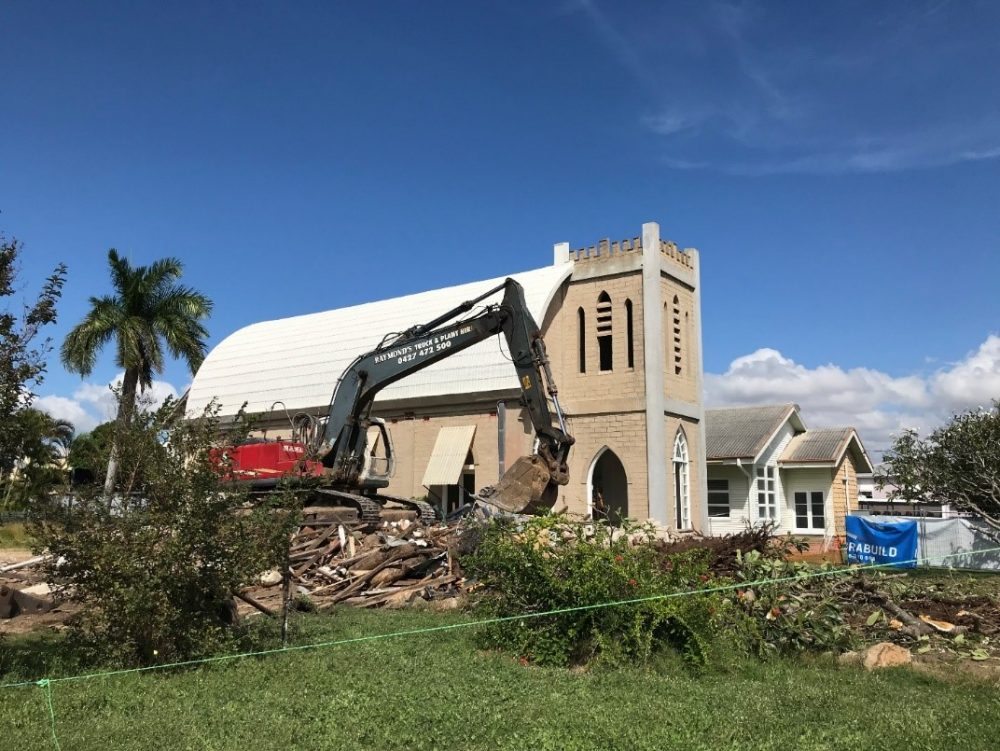 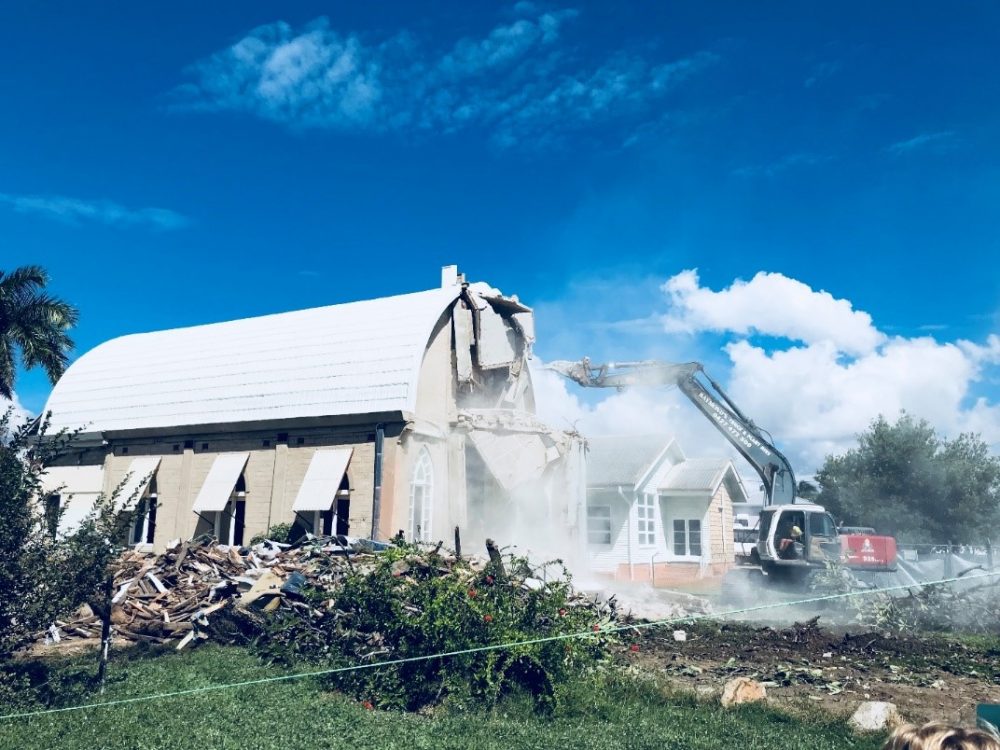 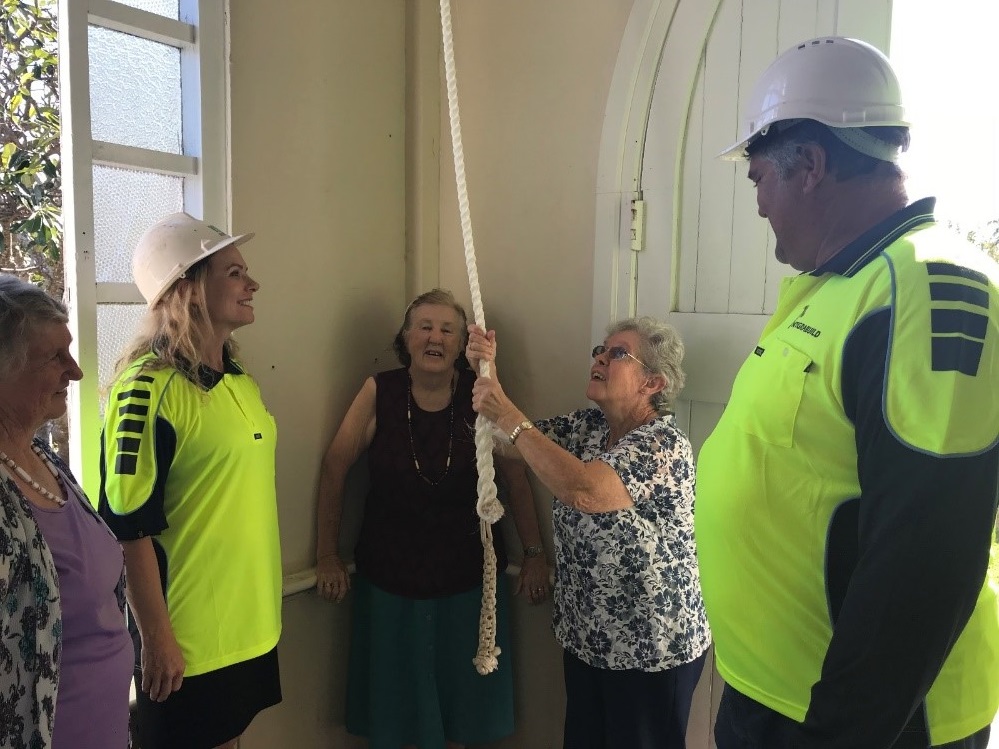 First constructed in 1935, a beauty on the outside however this poor old church had seen better days on the inside and was completely unsafe.

Being such an old building, the Church Manse was full of asbestos. Prior to demolishing, our team of qualified asbestos workers were sent in to safely remove all asbestos to minimise threat to the community.

As the location of this church was in suburbia all homes needed to be notified that asbestos removal was taking place.

Integrabuild owner’s Ron and Jen Lust were invited to ring the bell of the Church for the final time which was an emotional experience for the older members of the church.

The Church bell was then removed so it could be used when they rebuild a new Church in the future.

Integrabuild salvaged the bell, windows, hardwood from window trims and flooring, we even managed to salvage a beautiful arched window.

Members of the church have many memories of this dear old building. Some were christened, married and even buried there, a few even witnessed the building being built and demolished. 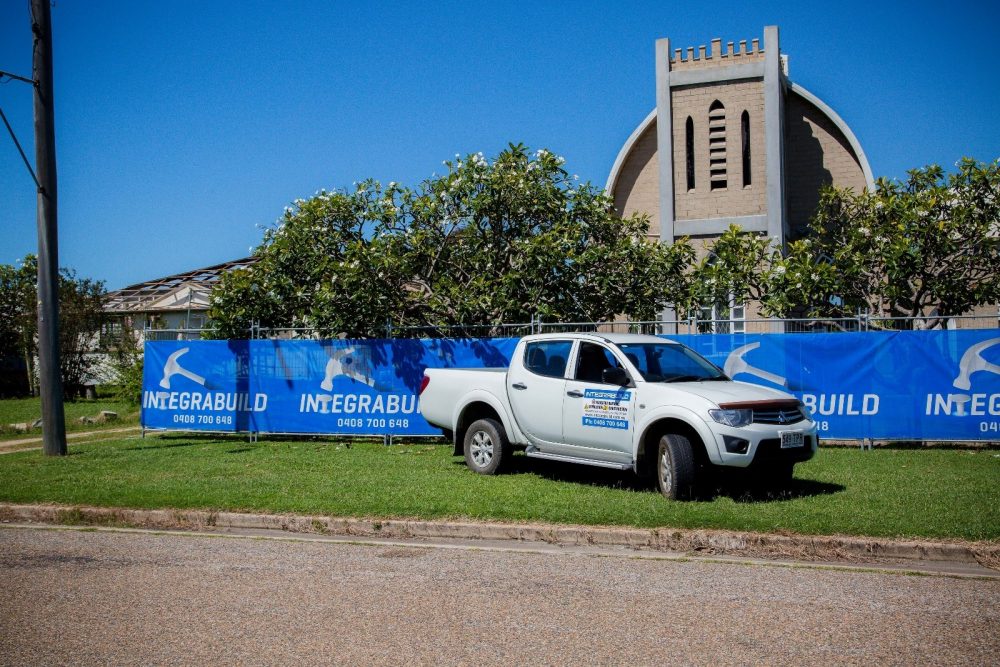 The Port Denison Sailing Club was established in 1864, making it the second oldest sailing club in Australia.

The club obtained a government grant through Sports and Recreation to fund their new amenities block, in which they engaged Integrabuild to construct.

A second grant was then obtained to erect a brand new ablutions block complete with disabled toilet and shower.

Both blocks not only look fantastic against the stunning landscape at Port Denison, they have been a very welcomed upgrade to the previous amenities for beach goers in the area. 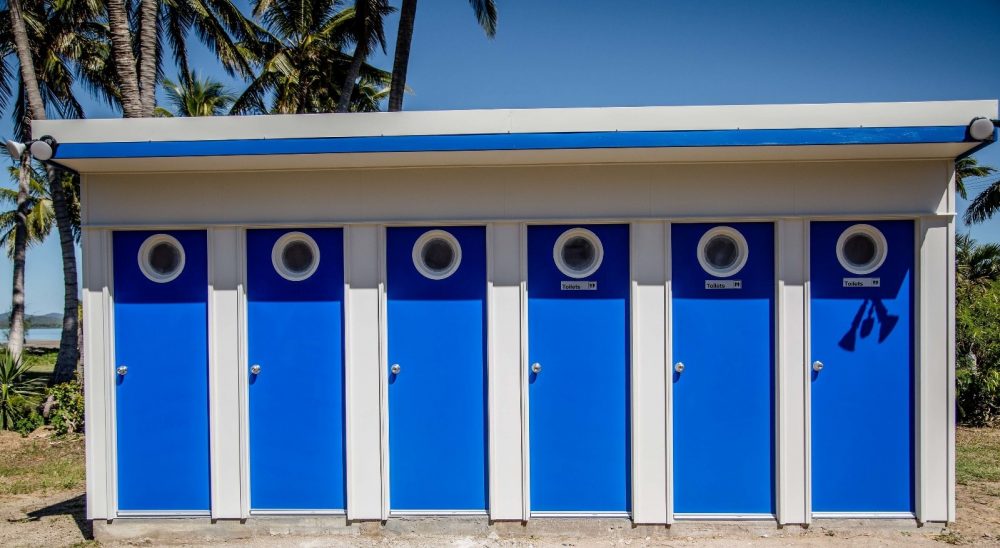 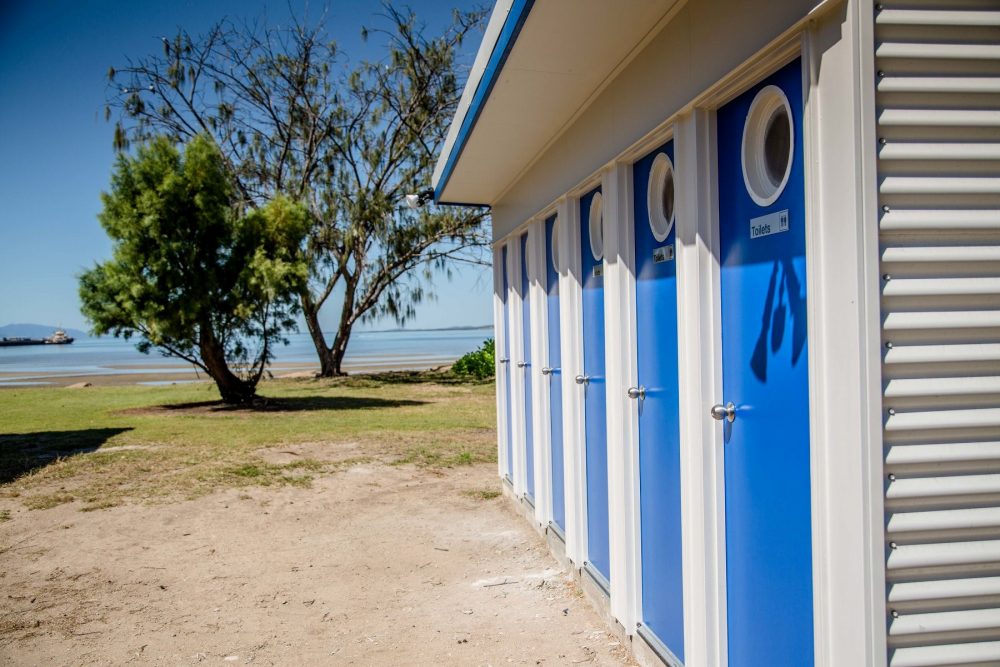 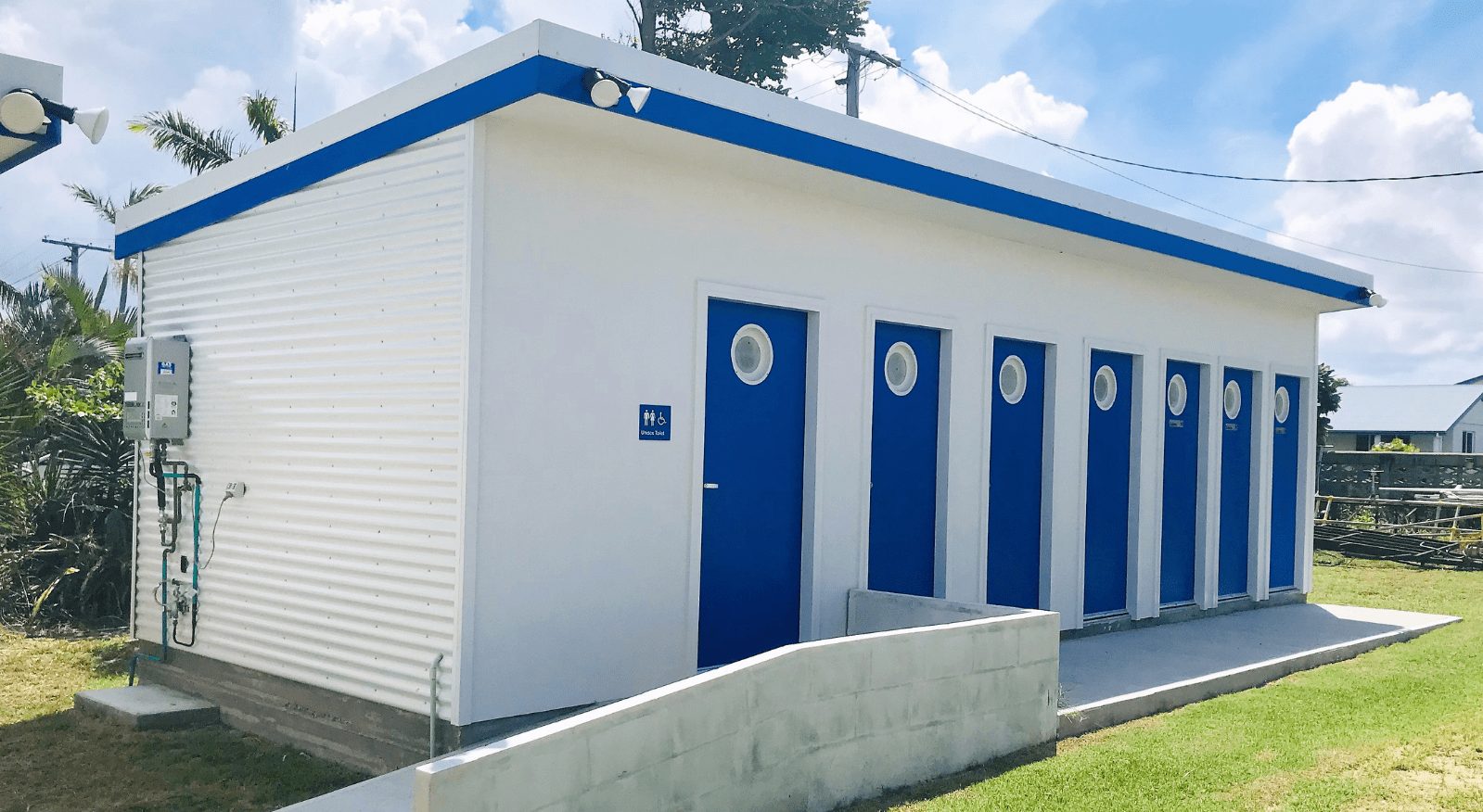 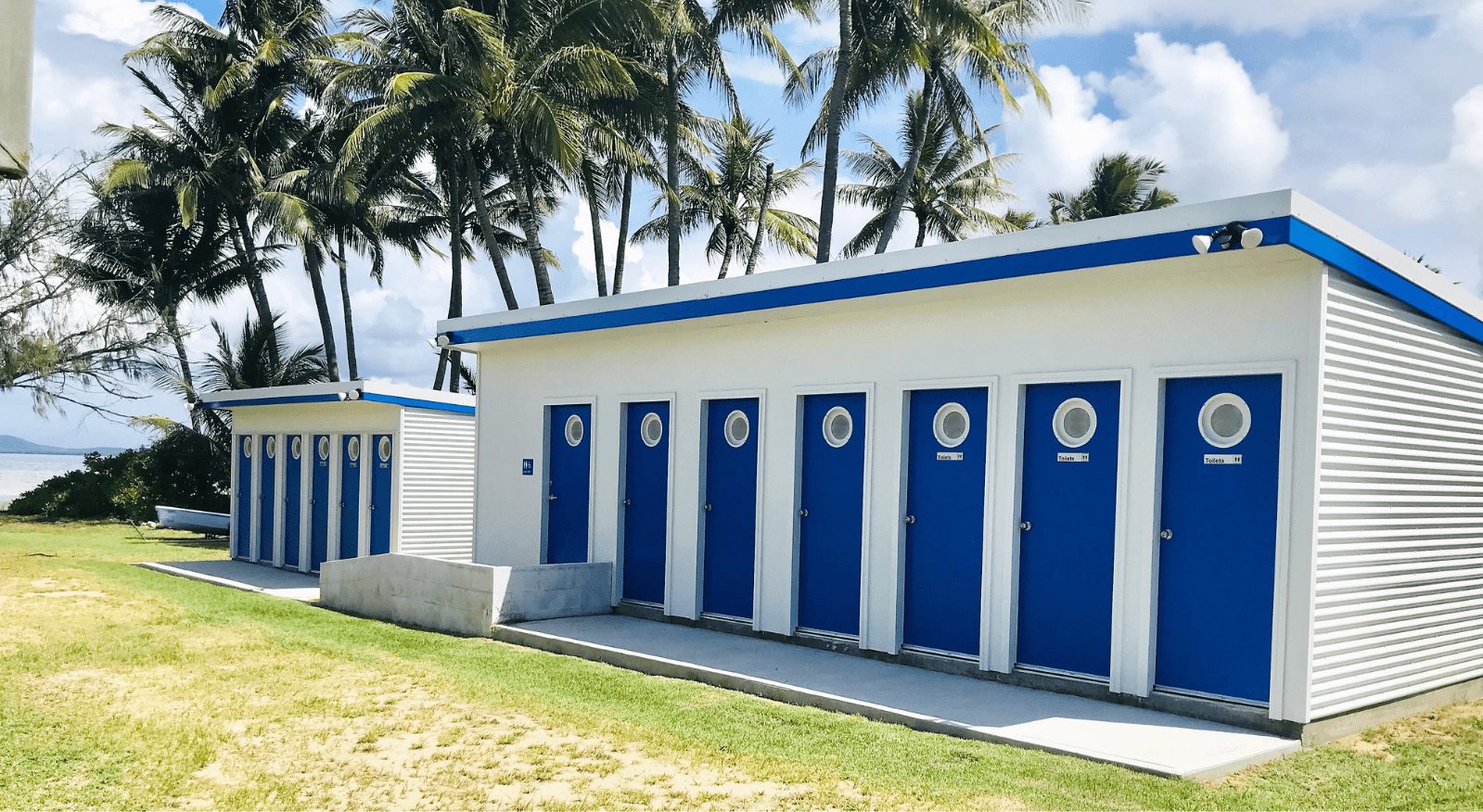 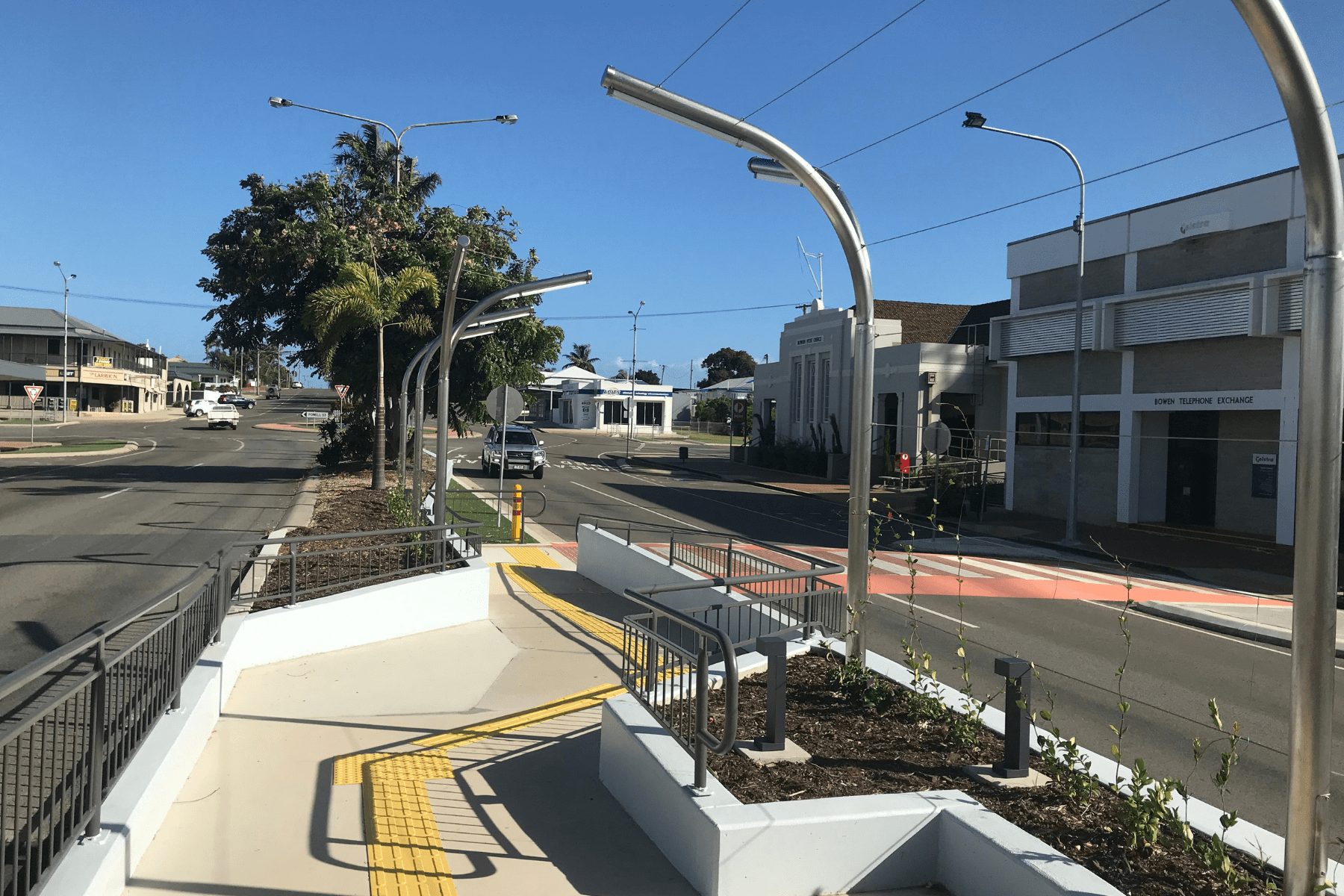 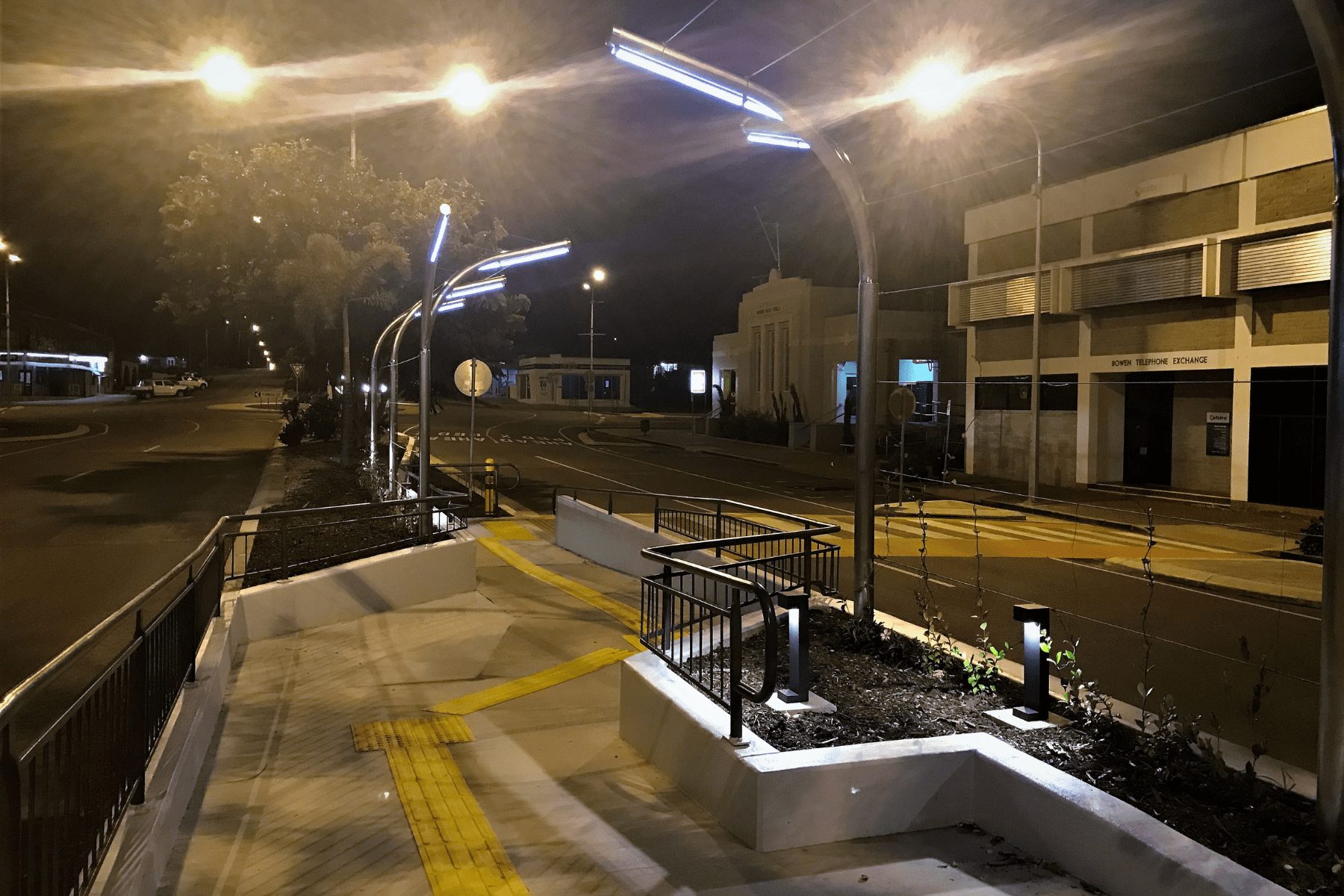 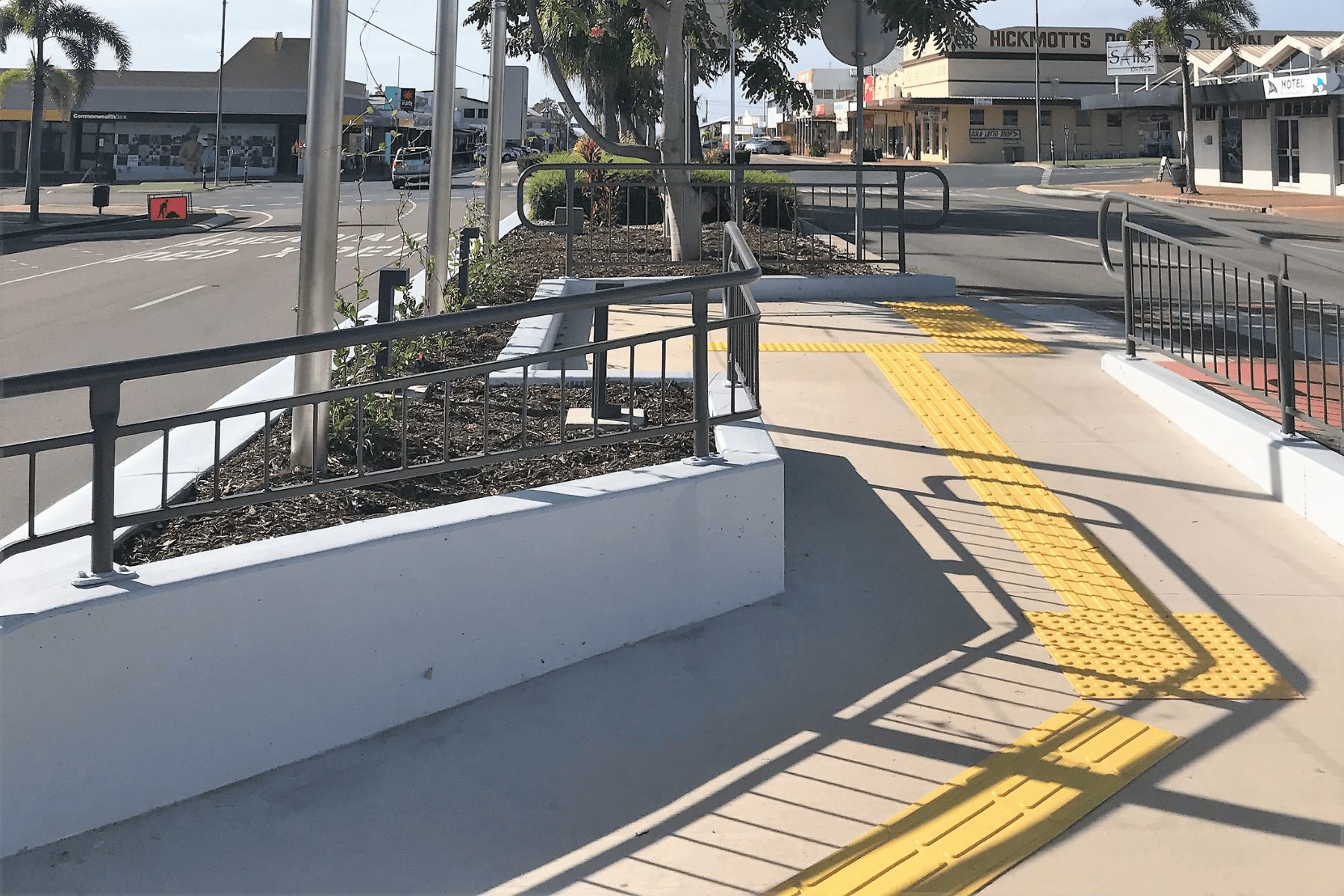 Whitsunday Regional Council received Federal black spot funding to improve safety of the crossing on Herbert street for the Bowen Community and engaged Integrabuild to construct a wombat crossing which reduces speed in vehicles by up to 20kms per hour.

Linked with the ‘Beautify Bowen Project’ we were able to install stainless steel arches with LED strip lights over the arches which now forms an arbour, up lighting the trees and the median strip.

With the design of the pedestrian crossing, Integrabuild managed to gain space for more parking in the centre of Bowen including a large handicap space, along with 2 extra car parks.

Flowering vines and painted murals to follow making the new pedestrian crossing not only safer but also pleasant on the eye.

Our team of Leading hands, concreters and trade assistants completed the task over the space of two months. 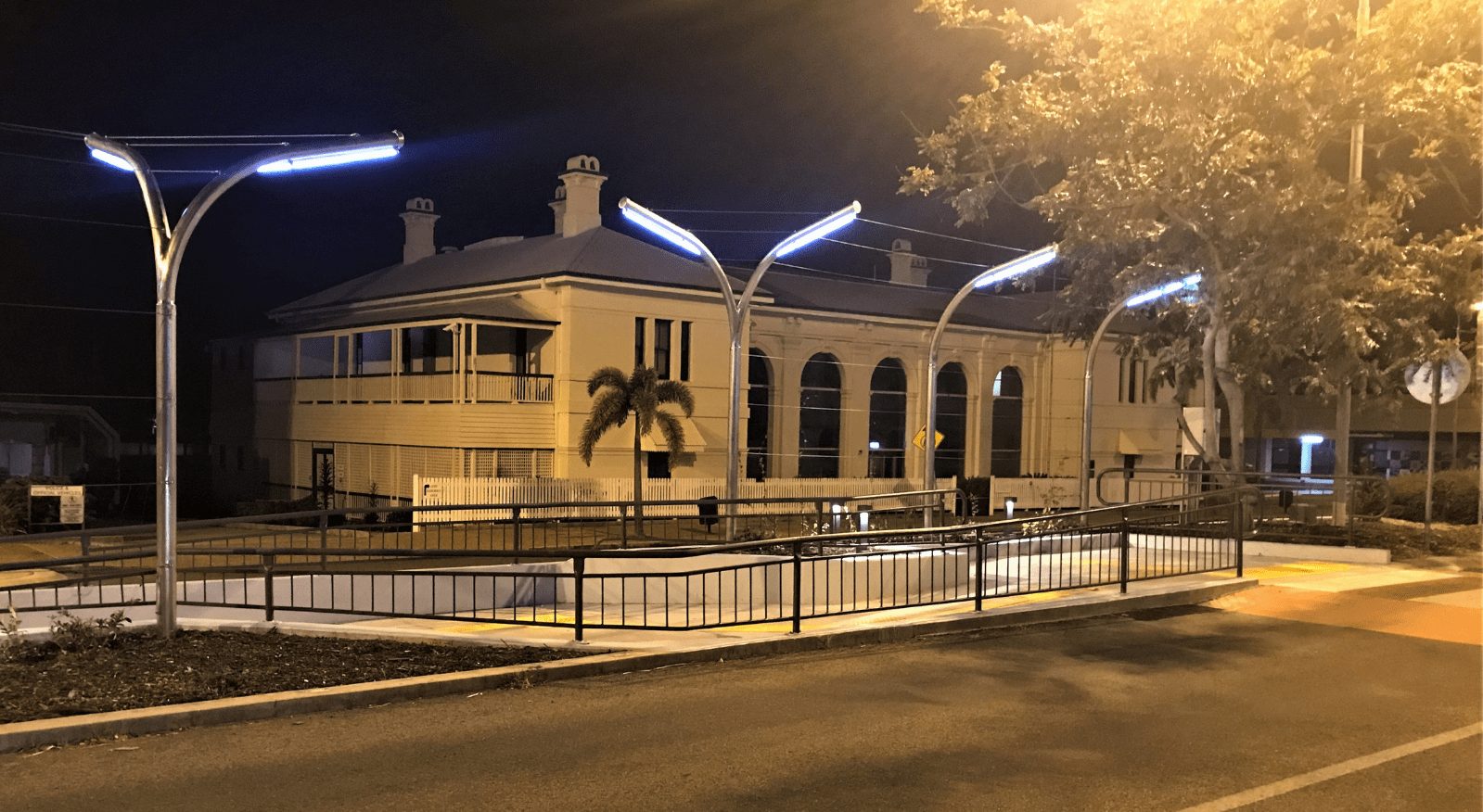 Integrabuild was engaged by the Bowen City Council to construct a new footpath in Hay Street, Bowen.

Significant works were done to complete this 800m long and 2.5 m wide footpath that incorporates pram and wheelchair ramps along with ensuring there was suitable drainage surrounding the path.

Our team commenced with bulk earth filling and compacting to bring up areas to street level then cutting into the curbing on streets and traffic islands to shape the curb ramps for pedestrians and wheel chairs to cross over these.

We had to also affix numerous yellow tactile indicators for the vision impaired, so they know where to stop on the curb.

The drawing boards were hit by our design team to design and construct two pedestrian bridges complete with handrails to span the overland stormwater outlets that we also constructed.

Upon project completion we also remediated the surrounding areas seeding and watering to grow grass back to its original state.

The Bowen Council were extremely impressed with the end results which is now operational and has been exceptionally well received by the Bowen public. 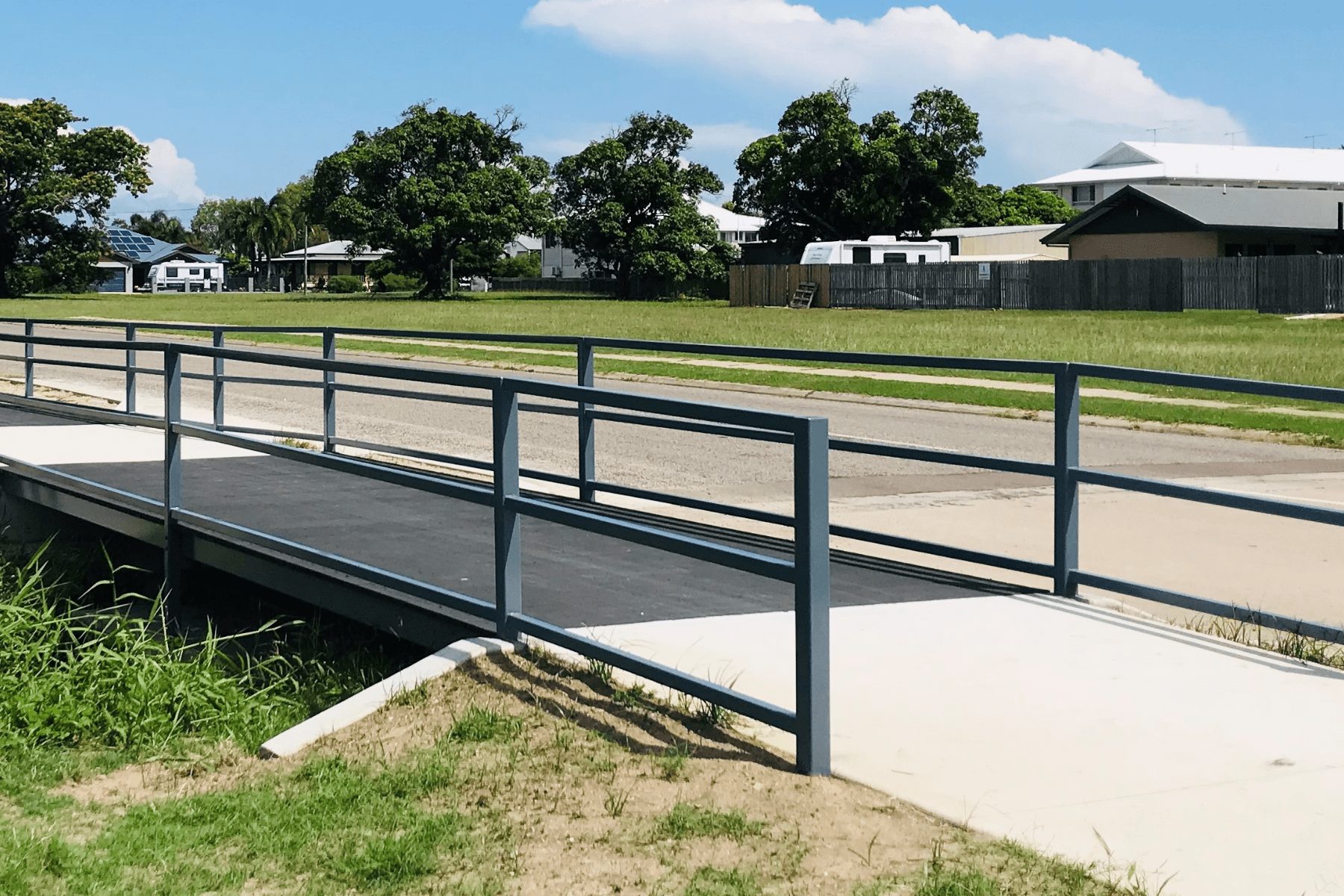 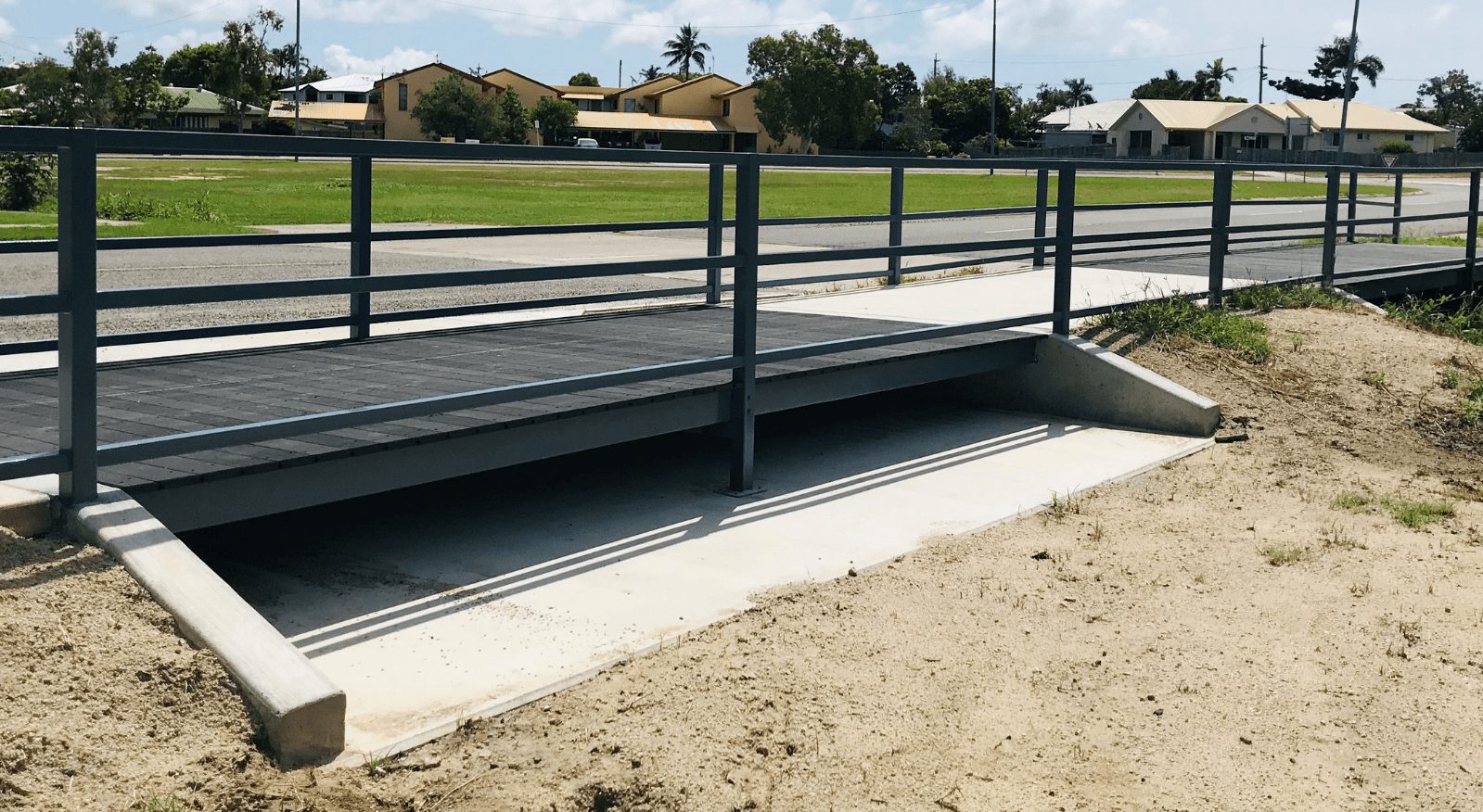 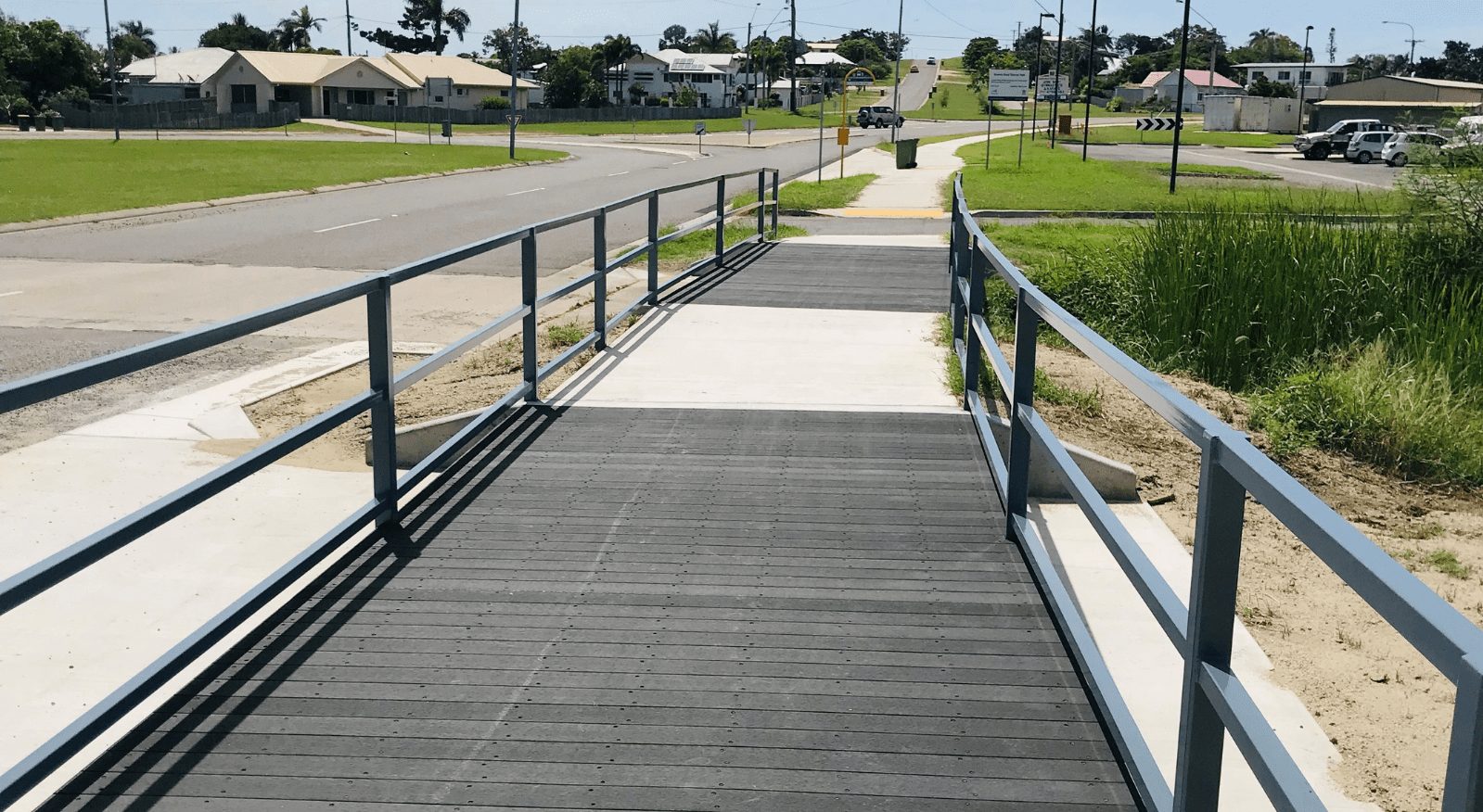 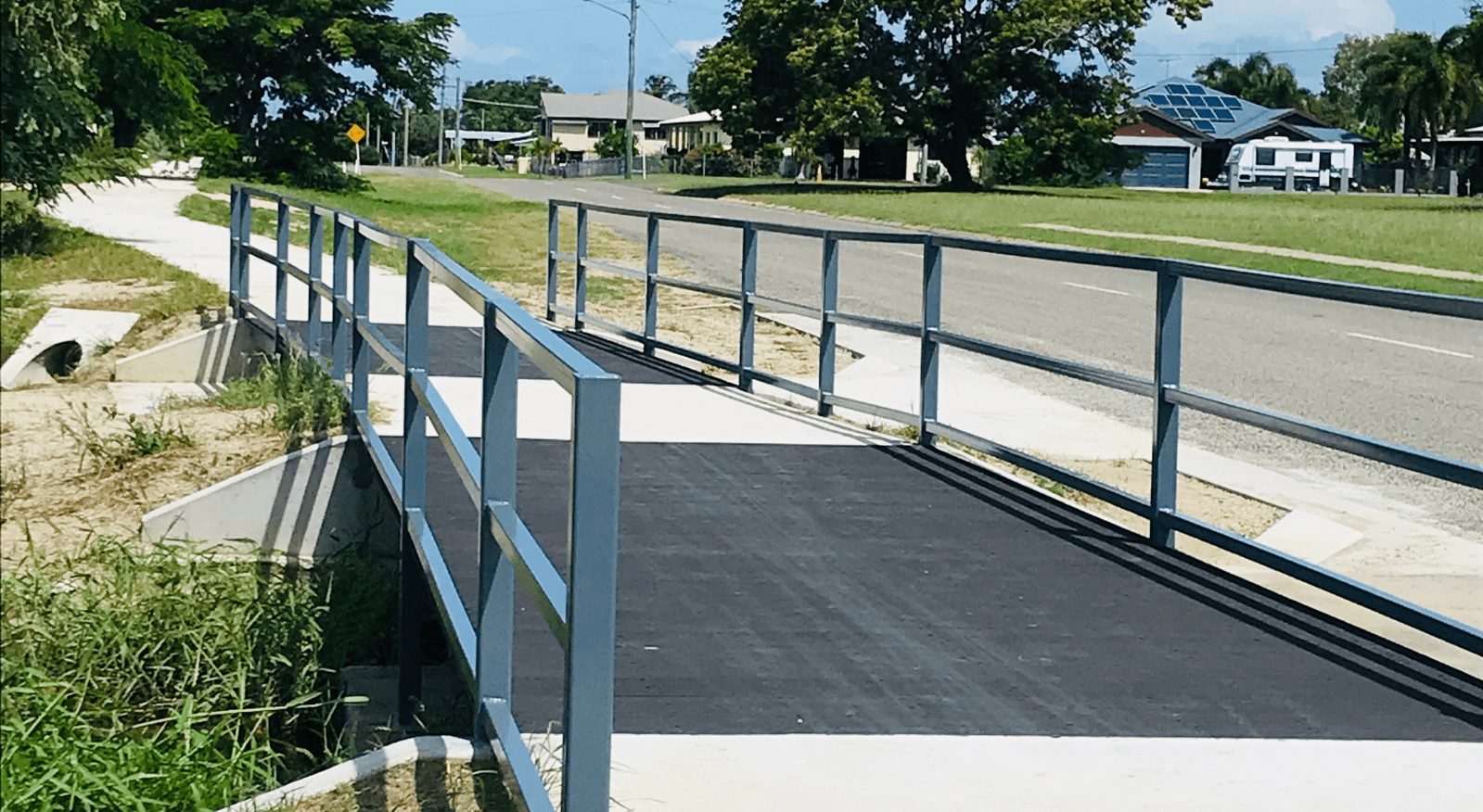